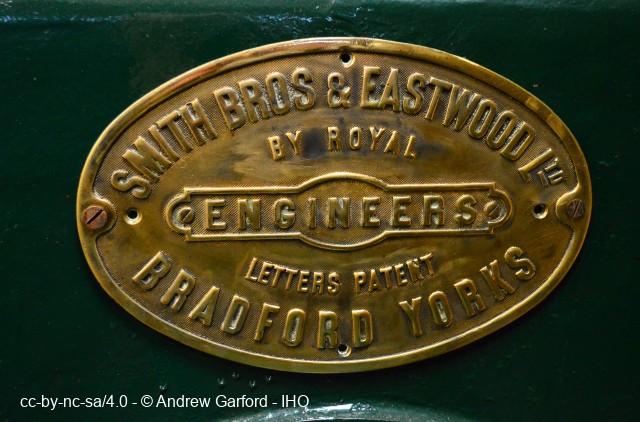 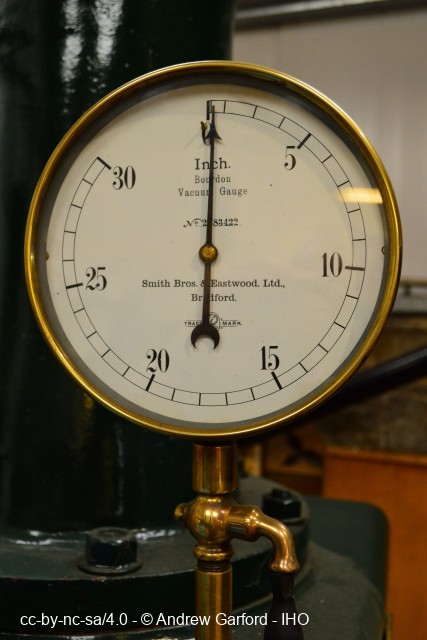 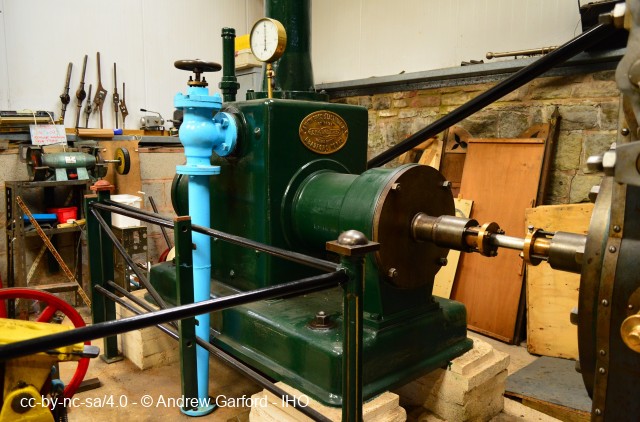 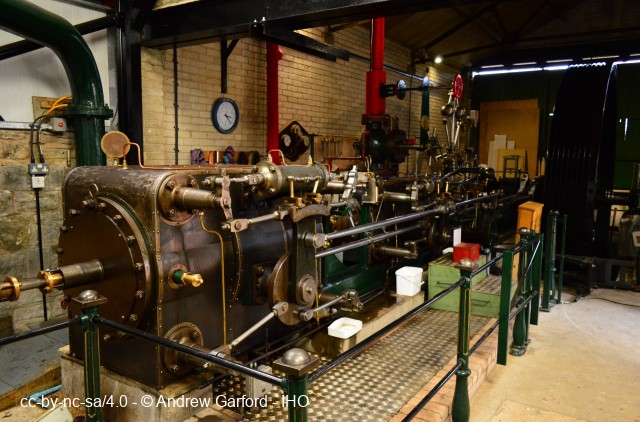 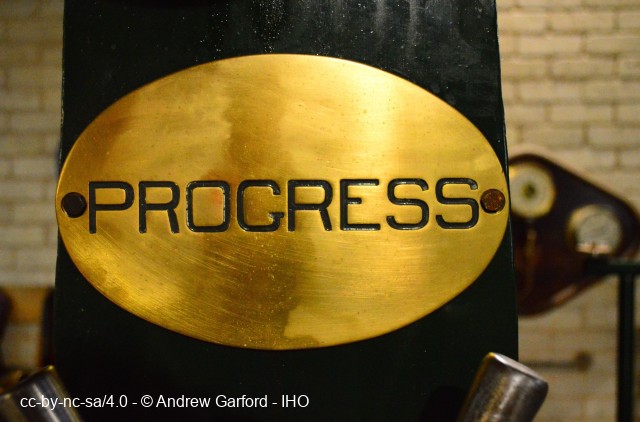 Description and History of Site:-
Smith Brothers & Eastwood Ltd (SB&E) moved to Valley Works from Soho Mills Bradford c.1897 (see WYK01100) probably due to a lack of space. They produced stationary steam engines for industry, along with associated machinery such as condensers and air pumps, they also had an interest in refrigeration plant.
Some of the machine shop facilities had limitations and it's likely that castings and some machining was done by sub-contractors, for example, the flywheel for the Cross Lane Mill engine was manufactured by Sharples of Ramsbottom. All the engine cylinders were of a similar size and the maximum stroke was 42'' (1.06m) which may indicate a limited stock of patterns.
It's not possible to say how many engines were produced by SB&E exactly but there are nineteen known examples, more may become known in time. One example survives, built in 1901, probably the last one built by SB&E, works number G110, for Peter Green Ltd at Cross Lane Mill, Bradley (see NYK01646). This is conserved at Bancroft Mill, Barnoldswick (see LAN00012) and is regularly run in steam.
William Eastwood was the dominant and innovative partner in the firm who patented several interesting ideas, continuing with his innovations at Newton, Bean & Mitchell Ltd, Dudley Hill, Bradford.
Valley Works was located within a section of the old Vale Dye Works, Valley Road and when SB&E closed in 1902, due to lack of working capital, Valley Works were auctioned off in June 1902 and became The West Riding Pure Ice and Cold Storage Company. William Eastwood (1864-1941) served his apprenticeship at Pollit and Wigzell, Sowerby Bridge (millwrights and engineers) from 1880-1885. He remained at that firm as a draughtsman until 1889.
William Hill Smith (1861-1931) was also apprenticed at Pollit and Wigzell. He joined his brother Thomas along with William Eastwood and formed SB&E in 1890 at 102 Thornton Road, Bradford, also known as Soho Mills.
The firms first patent in 1890 was for a centrifugal crankshaft governor which was used on several of their engines.
In 1895 they introduced a new design of air pump and condenser which was more efficient than competing products. This was the forerunner of the famous Eastwood air pump jet-condenser, which was taken up, under licence, by Woodhouse & Mitchell of Brighouse Ltd, amongst others.
Another patent in 1898 was for an engine with a six Corliss valve H.P. steam cylinder arrangement, the usual configuration being four Corliss valves per cylinder, (two inlet and two exhaust). There were seven known SB&E engines built with this six valve arrangement.
The extra two valves were fitted between the stop valve and inlet valves and acted as cut off valves to the inlet valves, and were operated by their own wrist plate driven by their own eccentric from the crankshaft, under control of the governor. The advantage of this arrangement was the smooth, quiet running of the engine along with increased efficiency.
There was a five valve version of this arrangement too with the extra valve controlling both inlet valves via steam ports. It's unknown how many five valve versions were produced.
The firm closed in 1902 due to a lack of capital reserves.
William Eastwood moved to Yates & Thom Ltd of Blackburn, Stevenson Ltd in Preston, then finally Newton, Bean & Mitchell Ltd, Dudley Hill, Bradford as chief draughtsman and designer until his retirement in 1928.
Newton, Bean & Mitchell adopted the Improved Eastwood (post 1907) Air pump and Jet Condenser and manufactured it for nearly 50 years, 115 are known to have been built.
When Valley Works were auctioned off in June 1902, the SB&E engine drawings were bought by Woodhouse & Mitchell Ltd of Brighouse,
William Hill Smith worked after the firm closed, selling steam-saving appliances and designing/installing steam pipe installations, along with superheaters until his death in January 1931.
Thomas Smith's whereabouts after the firm closed is unknown.

Help us improve this entry

The compilers welcome corrections or additional information on all sites.
Any information provided will be verified before appearing on the web site.

Viewing the Site :- Unable to be viewed from beyond roadside due to heavy vegetation and security fence.

Material and Images on the IHO web site may be used for non-commercial purposes under the terms of the CC-BY-NC-SA-4.0 Licence Agreement.

Disclaimer
IHO seeks to maintain the highest standards and every effort has been made to correctly attribute the images and other material available on this web site.
If any individual or organisation believes that any image or other material is incorrectly credited please contact us and the image or other material will either be removed or the acknowledgement will be corrected.
Yorkshire Archaeological & Historical Society, other participating Societies and the compilers of Industrial History Online make no warranty whatsoever as to the accuracy or completeness of Industrial History Online.
The views expressed are those of the individual contributors and may not necessarily reflect the views of YAHS, the other participating Societies or other contributors.